Big Blocks and the Future of Payments 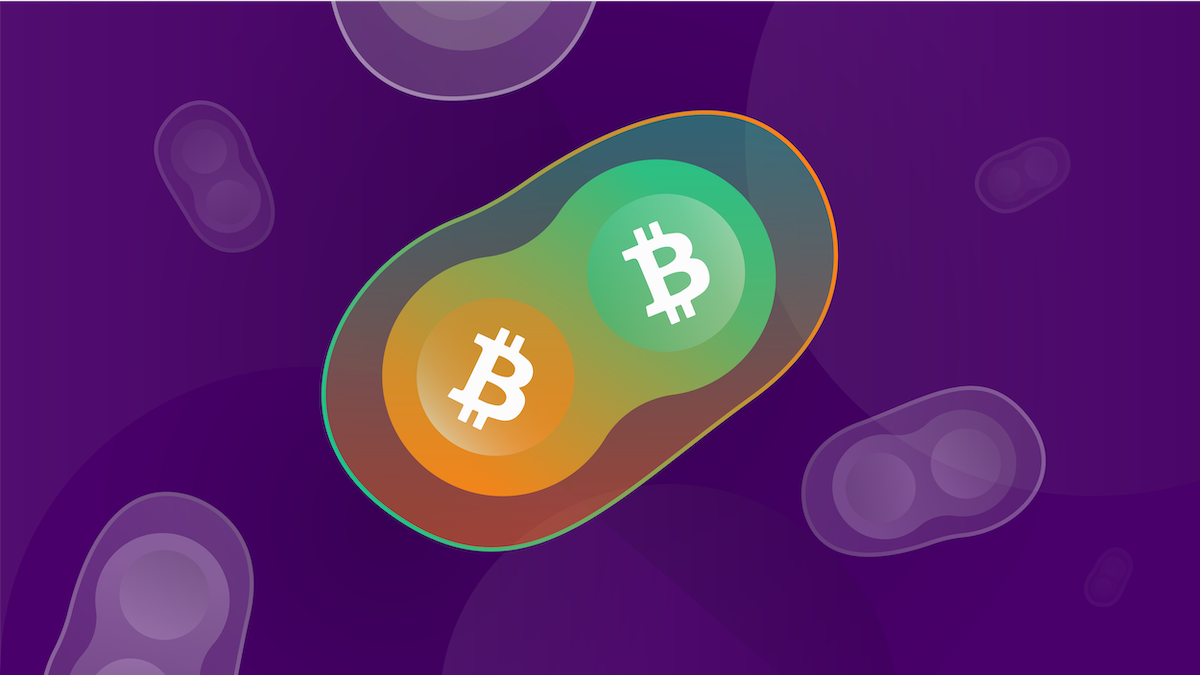 “I heard you say once

That a lie is sweet in the beginning

And bitter in the end

And truth is bitter in the beginning

And sweet in the end”

A great quote from a song, most likely referring to controlled substances and meditation, but one that resonates with me the more I delve into the future of payments, and the debate on small blocks and big blocks as I journey deeper into crypto finance.

As a newbie into crypto I did (and continue to do) what most typical investors would and bought BTC as my investment exposure to the space. Since then I have been thinking more and more about how Bitcoin would look like as money, as that’s the narrative I keep reading from BTC maximalists.

Money has three vital attributes; a store of value, unit of account, and a medium of exchange. Unfortunately cryptocurrency (including stablecoins) do not come close to fulfilling those criteria. When I look at BTC, I can see how when the time comes for crypto to be considered money (rather than an investment) it could conceivably be a store of value but unlikely to be a unit of account, as it has little chance of succeeding as a medium of exchange given the transactions limitation and costs of each transaction.

I say this as a huge fan of Proof of Work, the security of the BTC/BCH networks from dSHA256 sharding, the $100bn+ spent on equipment to secure the network, and how it offers the truest form of decentralisation.

The one thing that prevents BTC from becoming a medium of exchange is the small size of the blocks, as continuously promoted by the BTC community as a feature and the failure of their side chain lightning network to scale as a solution to this problem.

Bitcoin in the early days was all three of these attributes of money before a 7 transaction per second global limit was put in as a “short term spam protection” by Satoshi, who was worried that the fragile network would be attacked. The network now is a billion times stronger, but a company formed (Blockstream) that invented “off chain” transaction solutions like the Lightning Network, and therefore has a large financial incentive to keep the main network throttled in capacity and made it artificially expensive.

In 2017 there were two camps in BTC and a debate had been growing for years around the 7 transaction per second rule, also known as the “1MB blocksize limit” where “blocksize” represents the maximum transaction data space in a 10 minute period. The “Big Block” side thought that everyone on earth should be able to be a first-class citizen of the blockchain itself in a digital way: fast, cheap and scalable. They realised there was a market for inclusion of transactions on the blockchain and artificially capping that market at 7 per second did not make sense.

Visa and Paypal both handle thousands of transactions per second and for bitcoin to become a major currency, it needed to be digitally scaleable. The Blockstream side felt that it was important for everyone to be able to run a “Full Node” i.e. a full copy of the bitcoin blockchain (320 GB as of this writing) on their computer and that increasing the transaction limits would prohibit newbie/casual users from running these bitcoin nodes. According to Bitnodes.io, there are around 9300 bitcoin nodes, which has remained relatively constant while bitcoin has scaled from $1000 in price to $50K+ in price, seeming to demonstrate that a very small percentage of the user/investor base actually run full nodes.

About 8 months ago I started looking at Bitcoin Cash (BCH) as a potentially more effective technology for becoming a form of payments. By having much larger block limits (variable but currently set at 32MB by miners) it seemed to instantly solve the bottleneck around BTC. This blocksize also meant that it can technically process unlimited transactions per second but at worst compete with existing global payments systems in traditional finance.

At CoinFLEX, when we launched our exchange token and our interest bearing stablecoin, flexUSD, we chose to launch both initially on the Simple Ledge Protocol (SLP), which runs on top of BCH as it was super cheap to send payments on it. For comparison, to send a single transaction on BTC was about $8–10, ETH was similar and on BCH the same dollar transaction was under $0.01 ( 1 US cent)! For example, someone sent $25,000 of flexUSD in $10 transactions to their community or friends recently. Imagine using BTC or Ethereum networks for that, the whole amount would likely have been consumed as fees.

After experiencing these things I added BCH to my portfolio along with the existing BTC. To be clear, we seem to be far away from widespread adoption of crypto as the dominant form of payment compared to fiat, but when it does, I believe BCH will be in prime position to be the beneficiary. I am sure there are other coins, particularly stable coins that could also take this role. The elephant in the room I guess are Central Bank issued Digital Coins (CBDCs) but then I do not think that’s really comparing apples with apples. One’s centrally controlled by Governments and the other’s the future of finance.

What Should You Hold?

This is a question I get asked a lot from my friends. My basic thesis is that you need to have two parts to your crypto portfolio:

The second most popular question I get is how do you deal with volatility in crypto prices. Whilst I am guilty as the majority of the crypto hodlers in mark to marketing my portfolio in USD or GBP or EUR, the reality is that you have to probably look at your assets with two different buckets. There’s your fiat savings/equities/property bucket which absolutely should be viewed in fiat and perhaps the crypto bucket which maybe should be viewed in coins held. After all, as crypto OGs I know love to tell me, your mark to market in crypto is simple…….

To borrow some American slang we are in the 1st innings of the change in global financial markets and I look forward to watching the space evolve and continuing to innovate as CoinFLEX as our contribution to this change in the future of money and finance.

Please find our responses here to questions from the SmartBCH community. Update Separate to the Questions: Below is a section quoted directly from our other recent blog post, which outlines our plans and goals for SmartBCH. SmartBCH Liability Transfer We are in advanced discussions (finalizing matters) with a group that…
阅读文章

Many of you may have seen the Bloomberg article about our filing for restructuring or have received the notice by email.  This article elaborates on CoinFLEX’s next steps, specifically what each step depends on and our progress on each. Of course, these next steps could change.    Publishing Everything We…
阅读文章

The Way Forward for flexUSD

Top of mind for investors is: “What will happen to flexUSD holders after the conversion?”  Conversion, in this case, refers to our plan to convert depositors into holders of the CoinFLEX Composite, including rvUSD, FLEX, and equity in the company.  It is possible to mandate a conversion for all user…
阅读文章