Since our last report, crypto has seen a slight recovery from its lows with BTC and ETH seeing 10.26% and 27.7% positive performance respectively. Although, the start of April has seen some underperformance on the back of economic data and hawkish stand from the Federal reserve, as the volatility from Russian invasion to Ukraine seems to have been buffered by markets.

BTC tested 48k resistance which had not been seen since September last year, although failed to push through and saw a reversal to low 40-42k levels as new support lifting previous support of 36-38k seen in between Jan-March 2022.

Despite strong 30d performance of the market, the beginning of April has found weakness with largest sectors experiencing losses. Gaming saw the largest drawback with -13.3% followed by Web3 and Defi with -10% and -9% respectively. 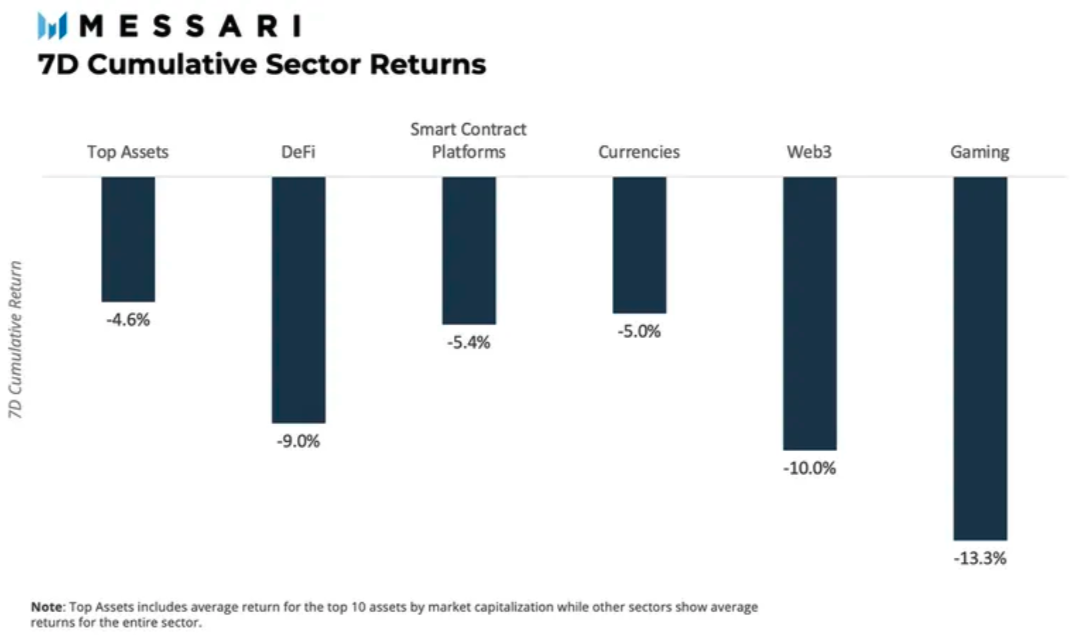 Macro recap : Gloom sight ahead with Hawkish Fed and Inversion of Yield Curve

April has found some easing from headwinds due to Russian invasion, although US monetary policy has become the main driver of financial markets. The month started with the release of the core US CPI data from March 2022, which was 8.5%, slightly below expectations, providing some relief to markets. Nonetheless, this increase has been the largest month to month increase in inflation data since 1980.

Federal Reserve board member Christopher Waller said stated that that he expects interest rates to rise considerably over the next several months, on the back of current data on inflation and the general strength of the economy justify half-percentage-point increases ahead.

Further, the fixed income market recently signalled a warning to markets as the 2 year and 10 year Treasury yields inverted, first time since 2019, which is commonly seen as a sign of recession on the horizon. According to a study by BCA research, this inversion has been seen in 7 out of 8 recessions historically, thus the importance of such a metric.

As 2 year treasury signifies the cost of borrowing by Banks and 10y shows the potential to invest it in long term assets, seeing this spread tighten and invert as we see currently shows that Banks will not be able to be profitable and will decrease the access to money to the market, meaning in a slow down in the economy.

This week BTC saw gains erased after a previous breakthrough over multi-month price range, since there has been some sights of profit taking stopping further up price action. After the recent upside price action, there has been some profit taking in the market along with decrease in activity in the network, however, some market metrics show all-time high BTC accumulation that has been present since earlier this year providing support to the market.

We have seen this accumulation become public with the use of BTC as collateral, by Luna Foundation Guard (LFG) stating the use of BTC for collateral of their algo stable token, as well as inflows from WBTC on ETH and Canadian ETF’s. 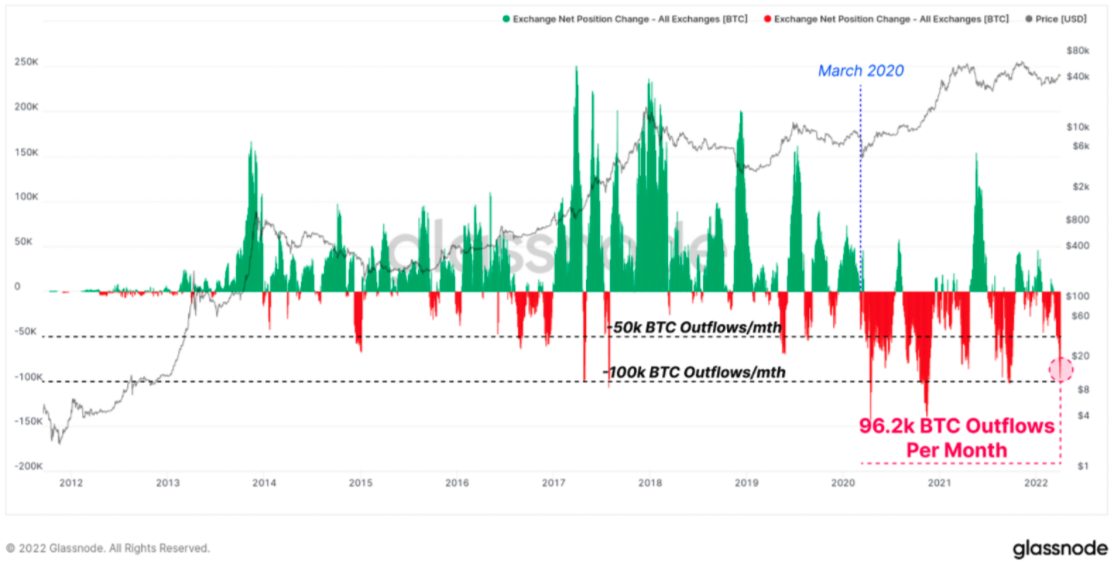 As shown on the graph above, exchanges have experienced a high volume of BTC outflows per month from their treasury being an indication of accumulation by BTC holders. The amount of BTC leaving exchanges mounted up to 96.2k BTC in March, which are levels similar to what we saw before the bull run in 2017 and March 2020. 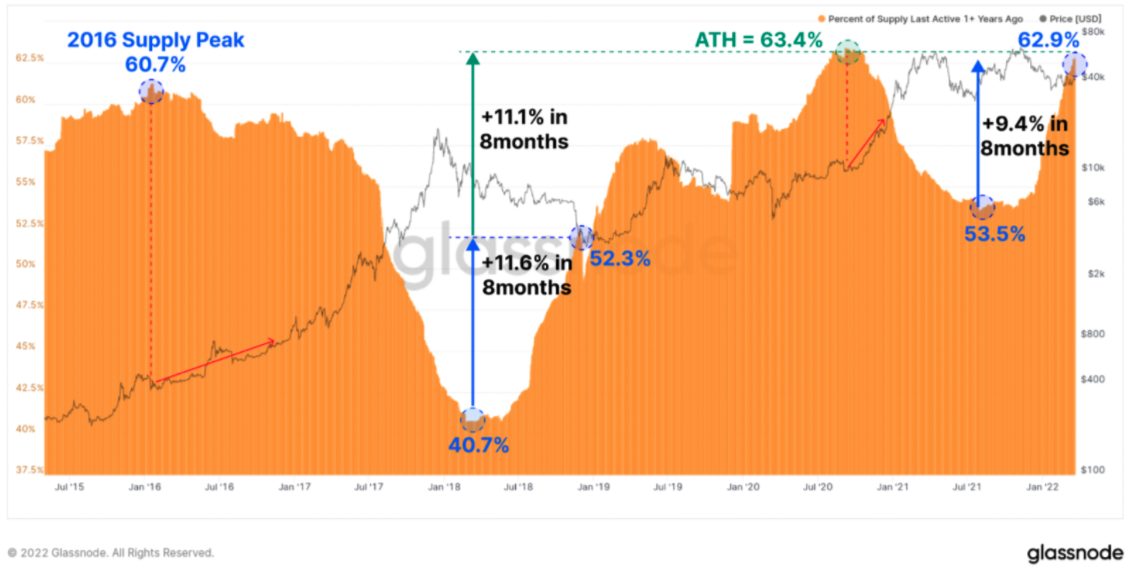 Another interesting metric of market accumulation is the activity of ageing supply of BTC, in this case, the amount of supply HODLers (1y+) have had during the different market conditions. Below we notice an increase in ageing supply up to 9.4% in the last 8 months, which is similar to what we experienced in the previous bear run in 2018 with an increase of 11.6% of 1y old tokens supply. This metric is important because it highlights the willingness to HODL by BTC holders who have experienced drawbacks of 52/3% in 2018 and 53.5% in 2022, which provides a positive picture of a part of the supply that is likely to remain holding despite the high volatility. 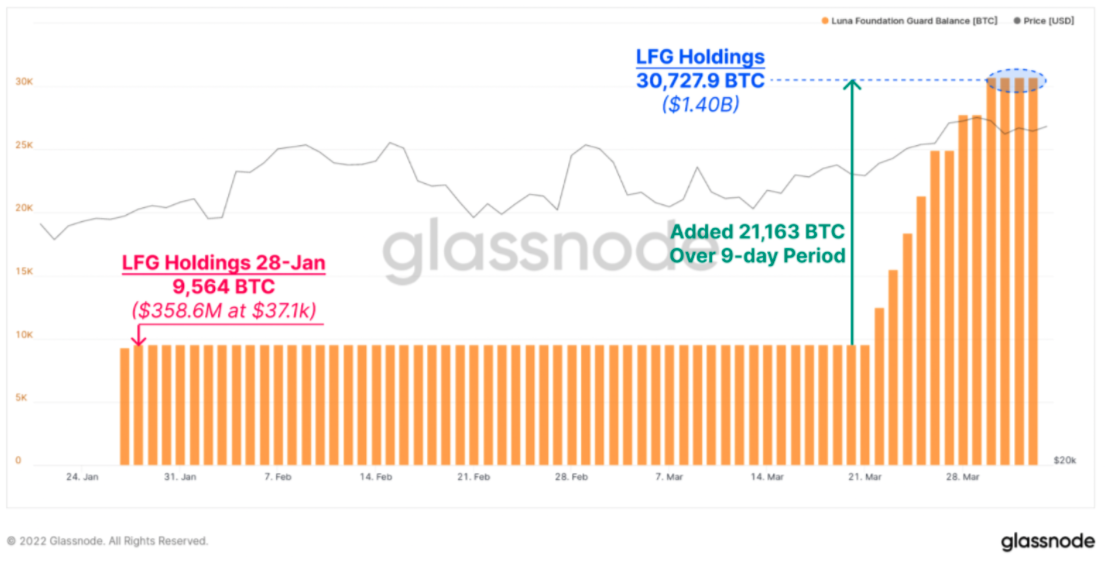 As mentioned in the introduction, one of the most outspoken public organisations showing its interest in obtaining BTC supply, is LFG which increased their balance sheet by 3x over a 9 day period reaching 30k BTC held by their treasury.

Further, the demand for BTC in the Defi market is spotted in the growth of Wrapped BTC held by custodian Bitgo, has also brought some buy pressure to the outstanding supply of BTC. Below we can see an increase in BTC supply in the wrapped format by 12.5k BTC in January, which mostly will be used for DeFi. 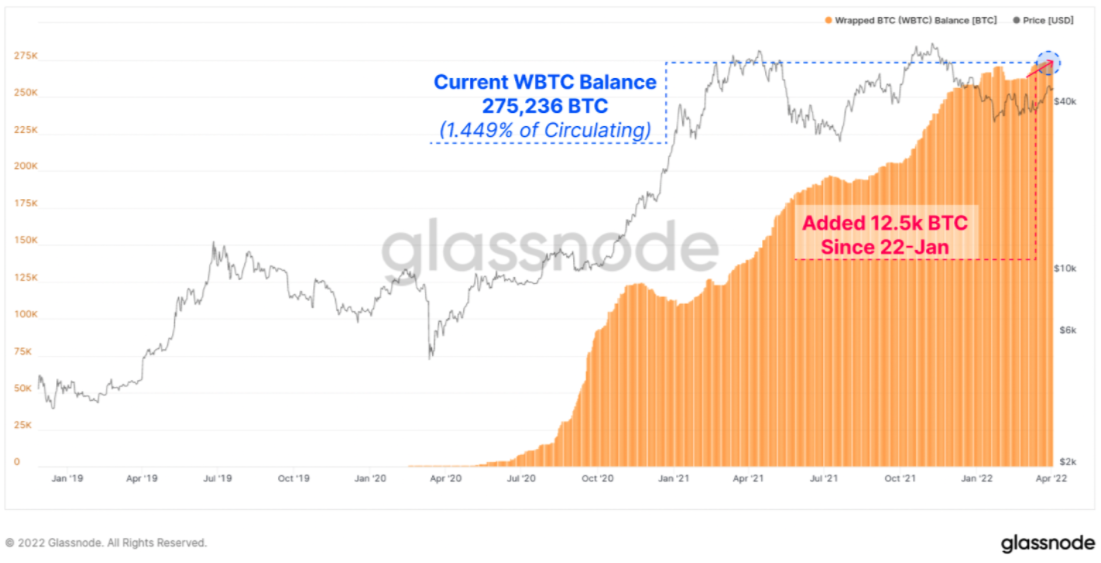 Lastly, we look at the realised losses, which show when holders prefer to sell and realise losses over holding the token with unrealized losses. During bear markets, we see an increased number of daily realised losses as we can see on current market conditions, which is currently absorbing about 8.5k in BTC sales. 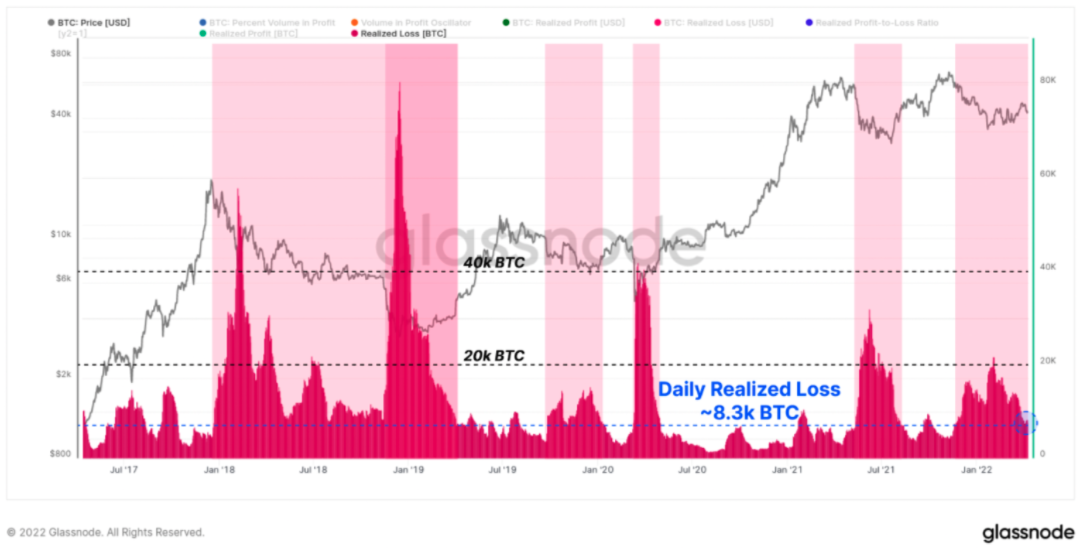 Overall one can argue that despite macroeconomic headwinds, the BTC continues to find strong historical accumulation across different participants of the market. Realised losses show some weakness by few holders, which are being absorbed at the current price levels. The resiliency of the market continues to prove strong, which along with an improving macro economic environment could provide positive price action.

In addition to regular Telegram and other social media communication, we will continue to provide the community with blog updates. Some will be brief but will include important information for ongoing communication about CoinFLEX.    What have we been up to this week? Team Update When we affect the plans…
Read Post

CoinFLEX Plans  CoinFLEX to issue depositors rvUSD tokens, equity, and locked FLEX Coin  Depositors get to approve the new structure and path of CoinFLEX Further distribution of existing balances to be made available Locked balances markets will be created and tradable next week   Why is this needed? We need…
Read Post

Dear CoinFLEX Community,    We have resumed suspended operations and are now back online for both trading and withdrawals. You may log in to your CoinFLEX account to process limited withdrawals and flexUSD redemptions. Please see below and refer to our FAQ for more detailed information.      All user subaccount…
Read Post